Are you wanting to work in a more consistently embodied way with your clients?

Learn a full-spectrum, diagnostic framework and simple, effective methods to help your clients identify and move from various forms of dysregulation and stress into states of coherence and flow.

Work With Clients in an Embodied Way... 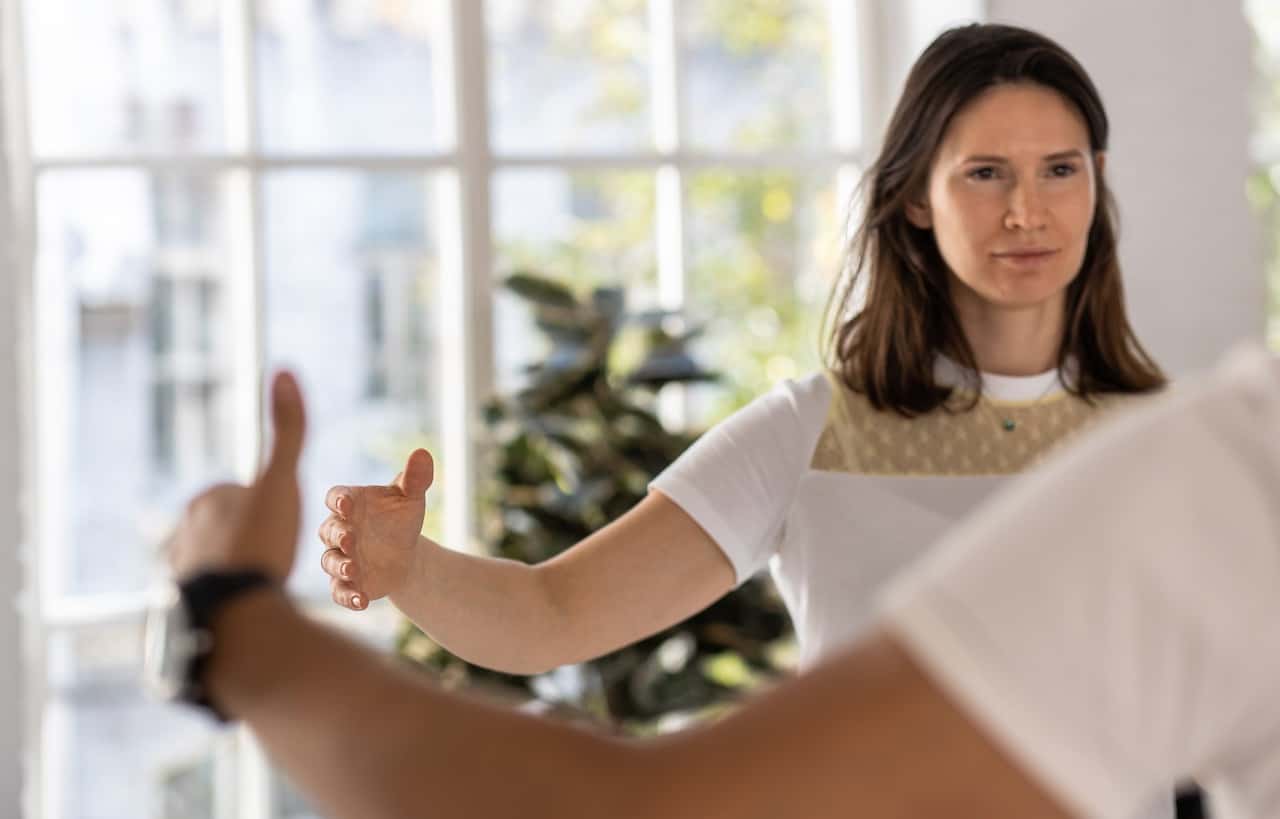 As a therapist, coach, or other helping professional, you may have already discovered how incorporating body awareness & movement into your work can be a potent ingredient for helping your clients move towards the changes they’re seeking. And you may even already be utilizing some effective methods for body-focused inquiry, and working somatically with your clients...

Unless, however, you have an effective framework for understanding and working with all the main types of embodied states your clients are typically navigating, even the most powerful somatic techniques can often leave us still falling crucially short of fully serving our clients in the ways they most need.

The 20 years of research & development that have gone into the UZAZU Embodied Intelligence method have identified four main types of embodied states that each of us needs safe & skilled access to, in order to function and thrive in the world.
In this workshop for Helping Professionals, you'll learn how to rebalance each of these types of states.

support us to safely access our own power, (re)find our intrinsic motivation, and form & pursue our own goals—without collapsing back into disempowerment & self-doubt or becoming over-insistent or over-controlling.

support us to purposefully engage, interact, and optimally co-create with others in group contexts—without becoming too overextended/chaotic or retreating back into non-engagement and isolation.

support us to more safely & spaciously experience and self-regulate our sensations, feelings, and thoughts—without either becoming numb & dissociated from them, or too overwhelmed & dysregulated by their intensity.

support us in attuning to, emotionally connecting with, and fluidly responding to the people & environment around us, in a way that promotes secure attachment—without falling back into enmeshment/co-dependence or withdrawal/avoidance.

What you will learn in this Workshop

This workshop will help you to become skilled at discerning how (or in which embodied states) each of your clients tends to become dysregulated and under-resourced—and then have a roadmap, and simple & effective embodied protocols, for helping bring them back into balance.

Learn the 4 Core Types Of Embodied States, and How they become Imbalanced

Learn about (cognitively AND experientially) the four main types of embodied states—what they look & feel like in both their balanced and imbalanced or dysregulated forms.

Learn to easily and accurately "read" your clients’ underlying, embodied patterns in these four areas (both from the body language and verbal cues they give you)—so you can more quickly identify and start working on the core underlying, conditioned patterns that will most help promote lasting change.

Learn to work with a set of four simple body movements/postures to help your clients become aware of and re-balance any dysregulation or imbalance they're experiencing, within the four core types of states.

Learn to Ease-fully Manage Your Own Attention & Energy, during Sessions

Improve how you manage your own attention, nervous system regulation, and body language while interacting with your clients—so you can serve multiple clients per day without 'taking their stuff on' and becoming tired or drained.

What people are saying...

"I would highly recommend this work to others because it is a powerful way of getting in touch with all the energies in our body. The movements are simple and therefore very accessible and, at the same time, they have great depth and subtlety. Through the focus on polarities, I can understand myself and others better."

“It felt like UZAZU Embodied Intelligence really offered the map, the framework, the developmental structure, and then tools to really support someone. Now that I have an embodied map, I can take any issue and kind of map it with the UZAZU and get a much more well rounded view of this is what's going on, so I can get to the roots of the issue easier.”

Both will take place via interactive Zoom Meetings.

For Helping Professionals of All Experience-levels

This foundations level embodiment-based training is intended for Helping Professionals of any kind (Therapists, Social Workers, Coaches, etc.) who wish to have a simple yet comprehensive framework and method for understanding, identifying, and helping rebalance their clients various patterns of imbalance & dysregulation, in an embodied way. All experience levels are welcome!

An Experiential, Hands On Approach to Online Training

In order to help you develop practical skills and not just give you more theory, this workshop will requires participants to be present and engaged with the material, exercises, and practices we offer, with video enabled, on a laptop or PC. You will be welcome to turn your video off for periods of time, if you need privacy for your own regulation.

While this workshop doesn’t teach Polyvagal Theory (nor require prior knowledge of it), it is highly informed by PVT, and builds further upon its central notions of ventral vagal tone, sympathetic mobilization, and dorsal-vagal immobilization. This then gives you more practical methods to address clients’ challenged responses to life experiences across a full range of contexts.

Similarly, this workshop does not teach Attachment Theory, nor require any prior knowledge of it. We will, however, make explicit the deep connections of Attachment Theory to the embodiment patterns and rebalancing protocols you'll learn, so you can organically carry over any knowledge and skills you may have.

Qualifies Social Workers for up to 7 CE Credits, where applicable

For those in the United States, the 5-hours of active training in the workshop qualifies you for 5 'Category A' Continuing Education Credits, by the National Association of Social Workers, Maine Chapter. The Follow-Up Q&A qualifies you for another 2 credits.

Attend Live and/or Learn via Replay

A single payment of: 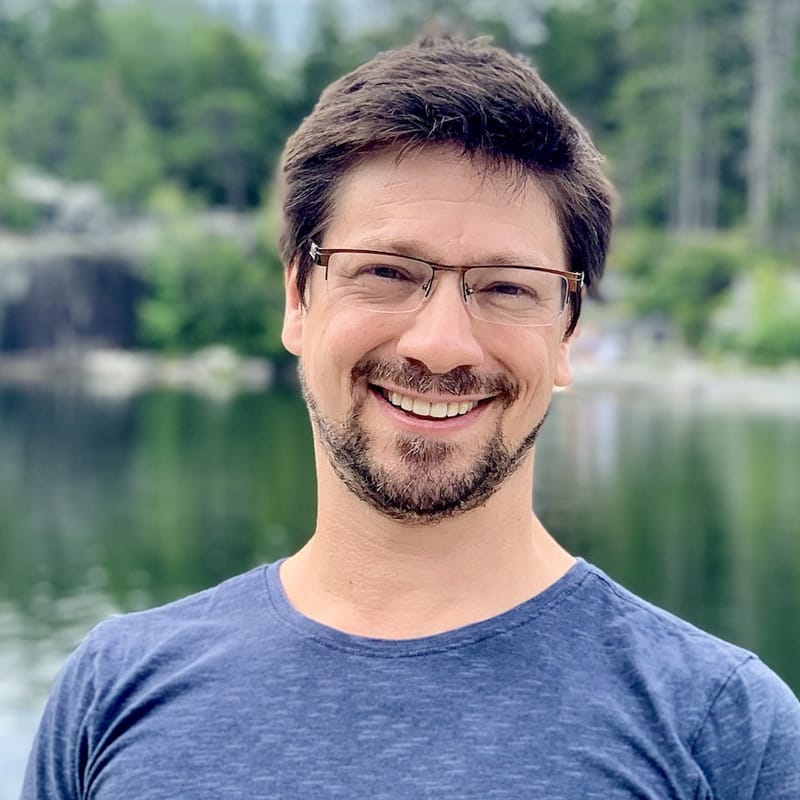 Dylan Newcomb is a mind-body researcher, coach, teacher, and founder/director of the UZAZU Embodied Intelligence method. Over the past 18 years now, Dylan has taught his unique approach to embodiment training, currently called UZAZU Embodied Intelligence, to over 3,000 students across 4 continents.
He has trained coaches, therapists, group facilitators, policemen, doctors, and business leaders in how to quickly balance their inner states to bring more ease and flow to their engagement in the world. Dylan is increasingly recognized as one of the leaders in the space of bringing the science and practice of embodiment-based personal development into the 21st Century.

Dylan works 1-1 with coaches, therapists, teachers, entrepreneurs, and cultural creatives of all kinds to cultivate and access the specific embodied states that help empower them more effortlessly thrive in their personal and professional relationships and take joyful, effective action on their authentic inspirations. He has led over 200 workshops and trainings for helping professionals and ‘laypeople’, teaching about self-regulation and state-shifting.

Dylan spent the first fifteen years of his adulthood (1999-2004) as a dancer, choreographer, and composer. He studied both dance and music composition at the Juilliard School in New York City, danced with the world-renowned Netherlands Dance Theater before going on to enjoy a successful, multi-award-winning career as a freelance choreographer & composer.

Driven by an interest to understand the deeper effects of sound and movement on people’s experience, behavior, and relational dynamics, Dylan co-founded the Danslab Institute for Movement Research in 2003, generously funded by the Dutch Government and multiple other grants.

After several years of research into how vowel sounds affect people’s thought, emotion and behavior, Dylan began shaping his sound-movement research findings into a model—and a method—for helping people quickly identify various forms of embodied state imbalances and how to shift and re-pattern them. This research is what led him to what is now called UZAZU Embodied Intelligence.

He lives with his wife Kyung-sun Baek and their 11-year-old daughter Kiana in Freeport Maine. 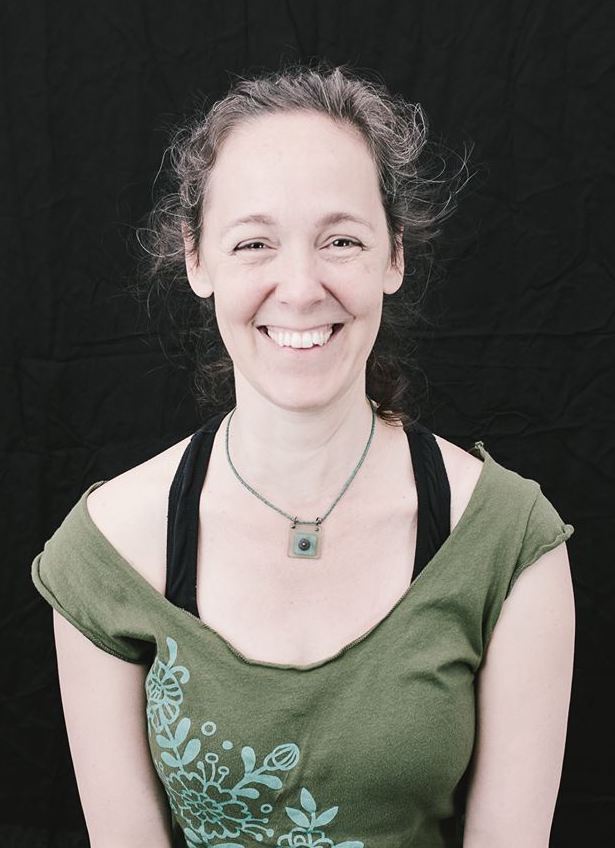 In 2015 Deb was honored to co-present polyvagal theory workshops with Deb Dana, LCSW, at Kripalu Center for Yoga and Health as well as at Omega Institute. Among her many collaborations with Deb Dana, she co-authored a chapter in the book entitled Clinical Applications of the Polyvagal Theory: The Emergence of Polyvagal-informed Therapies (Editors Stephen Porges and Deb Dana).

An integrative approach for understanding & working with embodied states.

UZAZU Embodied Intelligence gives helping professionals a clear, research-based, integrative model & method for understanding how embodied states work: how to identify state imbalances and how to rapidly shift & re-pattern them, using a set of simple postures & movement patterns.
As a Helping Professional, UZAZU gives you a comprehensive, highly adaptable, embodiment-based methodology for effectively working with clients on almost any issueーin a way that easily integrates with and amplifies the potency of your existing skill sets.

Do I need any prior UZAZU or embodiment knowledge to do this workshop?

This 3-hour workshop requires no prior knowledge, in UZAZU or otherwise. As an embodiment method, UZAZU Embodied Intelligence is an approach beginners find quite user-friendly, intuitive, and easy to experience positive results quickly. Of course, the more used you are to listening to your bodily sensations, and being conscious of your own body posture and body language, the more readily & deeply you'll be able to apply what is taught.

What if I already have a lot of experience in UZAZU, could this still be useful to me?

This topic is something we typically only get into in this depth during our 9-Month Practitioner Training. Here, however, I'll be sharing the main ways we use UZAZU for ourselves as practitioners when working with others in a simple way that also people with no prior experience will be able to understand and make immediate use of. If you already know UZAZU, it will just make it that much easier to quickly & skillfully apply what is taught.

Is there anything I should do to prepare for this workshop?

There's nothing you need to to to prepare. That said, if you like, you could take our free, online UZAZU Embodied Intelligence Self-Assessment, which helps you identify the imbalanced states you most typically experience, in your daily life. Often, these patterns of how you tend to most often become imbalanved or dysregulated also carry over in some way into your work with clients. And so having this assessment results in advance could help you get even more out of the workshop.

That said, you could also opt to take this self-assessment AFTER the workshop. (Or not at all ;-). Whichever you prefer.

What's the difference between this workshop and the Professionals Foundations Training you offer?

The Professional Foundations of Embodied Intelligence Training is a 7-Week live online Training that trains you to identify and help rebalance a full-spectrum of state-imbalances your clients experience. It's focussed on helping empower you to do skillful embodiment work with clients. Whereas this introductory workshop here is designed to help YOU become more aware of and balance your own core states, at a basic level. If you find you get a lot out of this workshop, then the Foundations Training is a great possible next step for you. Click here to read more about this training.
Sign Up Now